A PLACE OF MAGNIFICENCE.

With the tallest mountains, the largest area of national parklands, the highest concentration of glaciers and the longest stretch of coastline in the United States. Alaska – a place of magnificence.

Alaska is the largest state in the United States and is more than twice the size of Texas. As America’s young state, Alaska became the 49th state on January 3, 1959 under unique circumstances.

William Henry Seward, secretary of state, began negotiating a deal for the United States to purchase Alaska from Russia for $7.2 million (or 2¢ an acre) during Abraham Lincoln’s presidency. The purchase was approved by the U.S. Senate March 30, 1867. The purchase was heavily criticized and became known as “Seward’s folly” or “Seward’s icebox” as many Americans viewed Alaska as a snowy and icy wasteland. Many streets throughout Alaska bear his name as well as a city on the Kenai Peninsula, a glacier, a passage, creek, highway and mountain.

Thirty-five years later, word of gold in creeks around Fairbanks started a stampede. Fortunes were gained and lost but Fairbanks benefitted with new homes and businesses. By 1905, gold production was at $6 million a year and Fairbanks by then had electricity, sewer service, a power plant, saloons, stores, police and fire services, a thriving “red light” district and a three story skyscraper. Growth peaked between 1906-1909 with a population of around 5,000.

During wartime, Fairbanks again bustled with activity. In 1942, the completion of the Alaska Highway, which terminates at Delta Junction (Mile 1422), Alaska, connected the state to the lower 48.

Travelers with a taste of adventure and love of nature will appreciate Alaska’s unspoiled wilderness but feel right at home with all the conveniences of the modern age.

The Canada / USA International Border is serviced with a rest area with interpretive displays with facts on the International border. Take your photo with one leg in the Yukon and one in Alaska. All traffic entering Alaska must stop. Open 24 hours. Time Zone Change. If you are traveling to Alaska it is one hour earlier; the Yukon is on Pacific Time Zone.

One of the first communities you will enter from the Yukon on the Alaska Highway is Tok. Tok originated as a camp for the construction of the Alaska and Glenn Highway in the 1940’s. Visitors can take a break from their journey with nature trails and bike paths, pan for gold…. the Community offers visitors a wide range of services, including the Tok Mainstreet Visitors Center.

The Richardson Highway then continues beyond Delta Junction to Fairbanks. 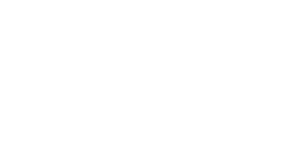 BE SURE TO VISIT

Communities Along the Way

One of the first communities you will enter from the Yukon on the Alaska Highway is Tok. tok originated as a camp for the construction of the Alaska and Glenn Highways. The community offers a wide range of services including the Tok Mainstreet Visitors Center.

One of the largest construction camps during the building of the Alaska Highway. Once the highway was open to civilian traffic, mining and tourism grew. Today the city boasts a vibrant arts and cultural community.

Tetlin National Wildlife Refuge is a dynamic landscape made up of forests, wetlands, tundra, lakes, mountains and glacial rivers bounded by the snowy peaks of the Alaska Range.

This is the place – Your Journey begins here! In March of 1942, American troops began their monumental exploits. Stay a while and get to know us and our amazing Pioneer and World War II history.